First patch of the Blood Angels is now ready to ship for the battle zone. Total of 10 tactical marines and 9 jump pack assault marines.

Painting these was a combination of something I came up a while ago when painting the terms for the Space Hulk 2015 game and other part was experimenting and trying to come up with efficient method for painting large amounts of marines (I'm under the impression theres around 150 of these guys with tanks, planes and shit coming to the painting table).

I summarise what I did here:


For the assault marines I:
I am content with these, and I'm sure they'll look fine on the battlefield, but I hope to get better. I especially think that the yellow helmets could be better. It seems I'm gonna get a lot of practise so lets see. 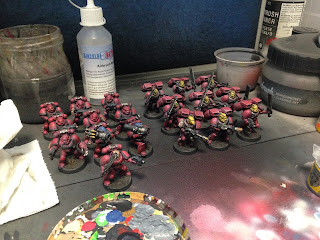 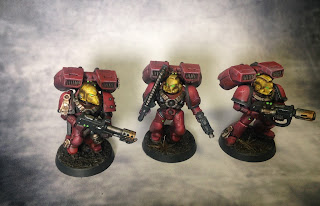 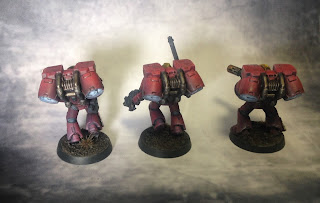 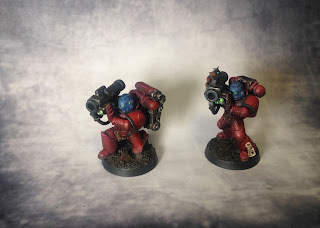 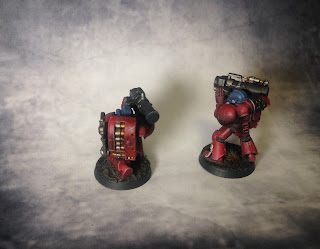 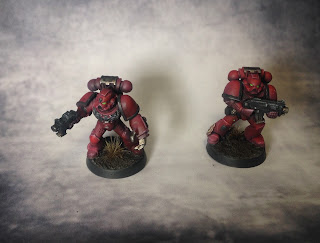 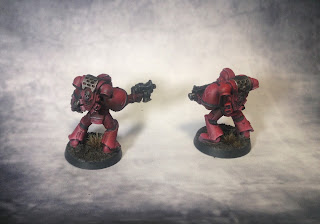 Posted by Finmirage at 3:49 PM No comments:

Doom the Boardgames - Painted the Miniatures

My friend with the Descent miniatures, got himself into the new Doom Boardgame from Fantasy Flight Games and asked me to paint the miniatures for that as well. I'm guessing, being a good chap, he wanted to give me a chance to redeem myself after messing up the fantasy guys.

I must say I didn't much look forwards to this, because the Descent miniatures were mostly crap from a miniature painters viewpoint (The game is great though). I wouldn't call them miniatures, but game pieces which look like miniatures. Well maybe that's a bit of exaggeration... I guess I'm just used to better stuff and really actual miniatures do not fit boardgames very well. You have to show them some love before you get to play and also after they are ready, if you don't want them to break in use.

However... The figures, when they came, were a huge surprise towards the positive!

The material was not that rubbery stuff. I mean it was still a little rubbery, but tougher kind of rubbery :) The sculpts were mostly ok, here and there AMAZING good (looking at you Cyber Demon).

The miniatures are clearly more than inspired by the Doom 2016 PC game and that was a good choice, since the models in that game are awesome. It also helped the painting, because there's loads of very nice pictures from the game, which allowed me to basically copy the paint job from online pictures. 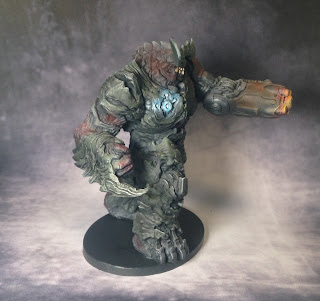 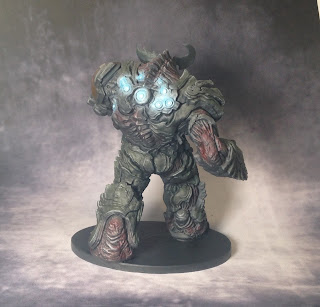 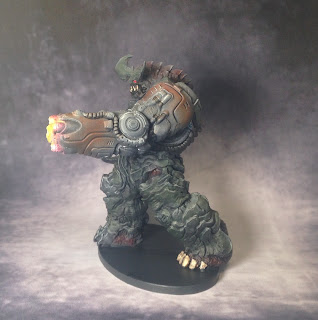 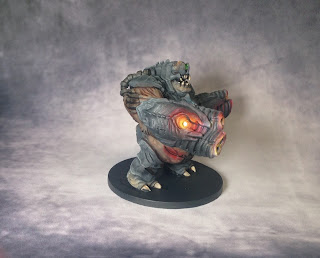 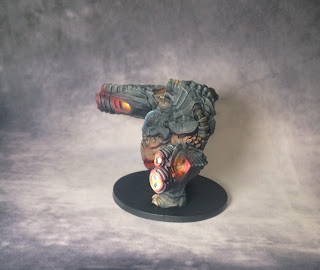 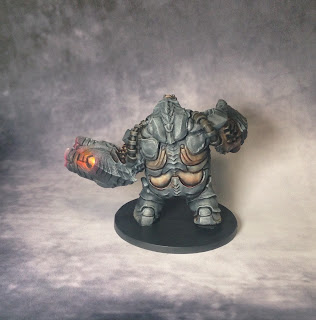 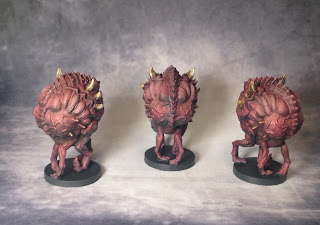 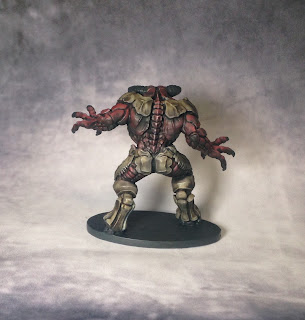 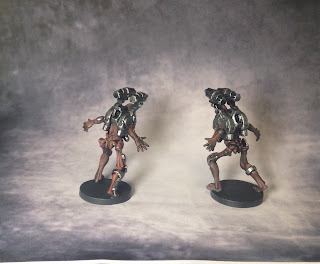 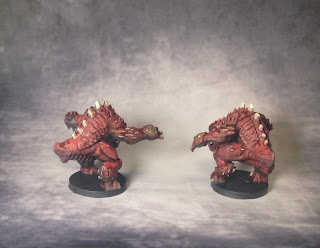 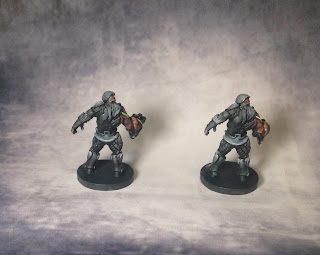 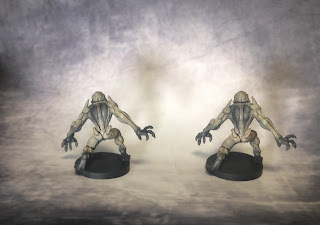 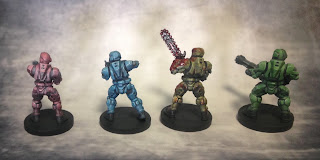 Posted by Finmirage at 11:12 PM No comments:

Ok so I got a problem coming from a marginal language area, Finland. Since there's only about 5 million people speaking Finnish and because we tend to speak English and other languages quite well, no-one bothers translating stuff for us anymore.

Normally this would not be a problem, but wanting to play games with my son, who's learned to read,  I needed Finnish stat cards for our Age of Sigmar Games. I considered commissioning a graphic designer to make templates for the cards for me, but ended up using a great online tool.

The tool doesn't translate the names for the stats (like "move", "bravery", "wounds") because I assume it's meant for making up your own units, but it made it possible for me to make up Finnish names for the critters and translating the ability descriptions and so on.

I know Finnish Translations are not interesting to many people, but everyone interested in AoS should check out the web page with the app. It is great :D

Posted by Finmirage at 3:58 PM No comments: